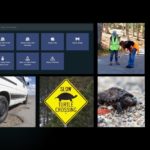 As the technology and portability of communications have become more widespread and instantaneous, "crowdsourcing" has become an increasingly popular method for identifying and addressing problems quickly. Crowdsourcing enables an organization to distribute workloads across a large group of people, utilizing their collective wisdom and amplifying the reach of the organization. Long popular for applications such as customer reviews for shoppers and critical takes from moviegoers, crowdsourcing tools are spreading in transportation and transforming the way operating agencies work with the public.  Most often we have seen crowdsourcing used on apps like Waze for up-to-date traveler information or incident management, as these apps allow for every driver on the road to serve as the eyes and ears of the larger community.

On October 17, 2019, FHWA sponsored an innovation exchange webinar, "Crowdsourcing for Local Operations" that was “live” broadcasted by the Bureau of Research as part of its Tech Talk! series, for NJDOT staff who convened in the E&O Building, Training Room A.  The webinar illustrated how local agencies are working, often with state partners, to expand the use of crowdsourcing across a wider set of application areas.

FHWA kicked off the webinar with a brief presentation, Introduction to Crowdsourcing and Improved Transportation Operations, that provided a definition and historical context for crowdsourcing, and a summary of typical sources of crowdsourcing data and applications in transportation.  The presentation included an overview of the Every Day Counts (EDC) Program and technical assistance resources available at FHWA to support deployment of crowdsourcing.  However, the primary purpose of the event was to showcase examples from around the country where Local Public Agencies and partnering stakeholders have deployed crowdsourcing solutions for emergency management, roadway and other  maintenance, and wildlife protection.

Crowdsourcing Using Social Media for Emergency Roadway Management, City of Myrtle Beach, South Carolina.  Mark Kruea, Public Information Director, described how the City of Myrtle Beach uses social media to help engage with residents quickly and effectively. The city takes phone calls, e-mails, and even messages and comments on Facebook on every topic, including trimming trees, fixing potholes, broken street lights, and other maintenance and needed capital improvements. The city tries to address requests within the same day which, in turn, encourages residents to use the system more frequently as they realize the city is listening and acting on suggestions. Mr. Kruea said that there was no reporting "threshold" for when a city would act on a specific comment or request, and even a single report of an issue can trigger a response.  His talk made clear the potential benefits of fostering a strong trust between the community and the municipality, particularly in planning for and managing emergency situations.  For example, during Hurricane Dorian, residents were able to send pictures of downed trees for clean-up crews to address, and adjustments were made to the storm level capacity of a regional detention pond prior to the storm event in response to community requests.

City of Richmond’s 311 portal makes it easy for citizens to report and track non-emergency service requests.

Crowdsourcing for Road Maintenance, City of Richmond, Virginia. Peter Briel, Director, Citizen Service & Response, spoke about the City of Richmond’s establishment of a 311 portal – phone, public internet portal, smartphone app -- for intake of most citizen requests for non-emergency services.  The 311 program includes a call center, a request platform, and performance reporting.  Once received, citizen requests are categorized by type and automatically routed to appropriate teams within the City’s various departments. Citizens can report a range of road issues through RVA311, including requests for new road infrastructure to report issues with maintenance, signage, traffic signals, and storm drain cleaning, among others. Citizens are able to upload photos through the app or the internet, check the status their requests, and receive push notifications when updates have been made by the city.  Mr. Briel’s presentation highlighted some of the mapping and performance management measures available in using the 311 system along with some of the organizational, technical and cultural changes required for deploying the tool for the city residents and workforce. He noted that the most challenging part of implementation of the innovation was initiating the culture change between the citizens and the city so the 311 system would not become simply an app for complaints, but instead, for citizen empowerment.

While the first few presentations dealt with infrastructure maintenance and emergency response, the next two presenters showed how crowdsourcing could be used to avoid wildlife collisions and protect their habitats.

Crowdsourcing for Wildlife Road, Maine Audubon.  Sarah Haggerty, a Conservation Biologist with Maine Audubon, described how her organization in association with Maine Department of Transportation and other environmental protection organizations, have worked to identify the worst areas for animal fatalities in order to prevent future accidents. Using an online tool created by the University of California-Davis Road Ecology Center, residents are able to upload photos and locations where they encounter roadkill, allowing the tool to identify hotspots around the state. In turn, municipalities can construct road-stream crossings that make it safe for wildlife passage as well as vehicular traffic, a strategy that was incentivized through extra points in state grants.

MassDOT has used historic roadway mortality data reported by citizen scientists and its maintenance personnel to prioritize and design signage, fencing, and crossings to protect wildlife endangered by traffic.

Linking Landscapes for Massachusetts Wildlife, Massachusetts Division of Fisheries and Wildlife. David Paulson, a Senior Endangered Species Environmental Specialist, described how his agency is working to incorporate habitat conservation into transportation planning and project development.  Through the use of volunteers and MassDOT maintenance personnel, historic data on wildlife roadway mortality on particular road segments have been compiled.  Citizens and workers have been asked to report locations where multiple turtles experience roadway mortality on a yearly basis, typically on roads which bisect wetlands. Concurrently, they also enlisted volunteers to help research amphibian migrations across roadways to establish documented migration routes that could be engineered around. The online tool collected data on location and roadkill numbers, giving Massachusetts a good idea of where countermeasures could be implemented.

Throughout the webinar, presentations highlighted different ways in which transportation system users and citizens can be turned into real-time sensors on system performance, providing low-cost, high-quality data on traffic operations, roadway conditions, wildlife mortality, and maintenance issues.  Using crowdsourcing as a tool to garner information met with success in each of these cases, and the resulting actions taken by state and local governments have promoted trust between users and governing agencies.  Given its wide-ranging impact and low costs to implement, FHWA surmised in closing that these and similar tools leveraging engagement would become industry standards in the future.

The Crowdsourcing for Local Operations webinar was one in a series of Innovation Exchange webinars sponsored by the Center for Local Aid Support (CLAS) in the Federal Highway Administration's Office of Innovative Program Delivery. Through Innovative Exchange webinars, CLAS seeks to bring cutting-edge transportation leaders to the table to share ideas and out of the box innovative practices that have proven results.  More information about this webinar, upcoming webinars, and webinars available on demand can be found here. 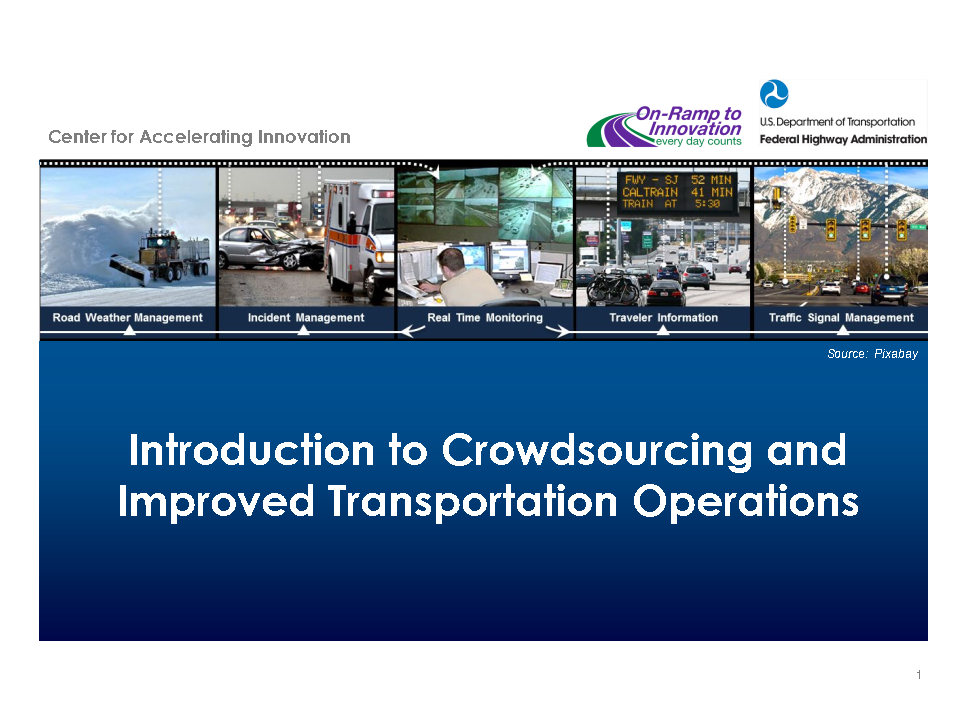 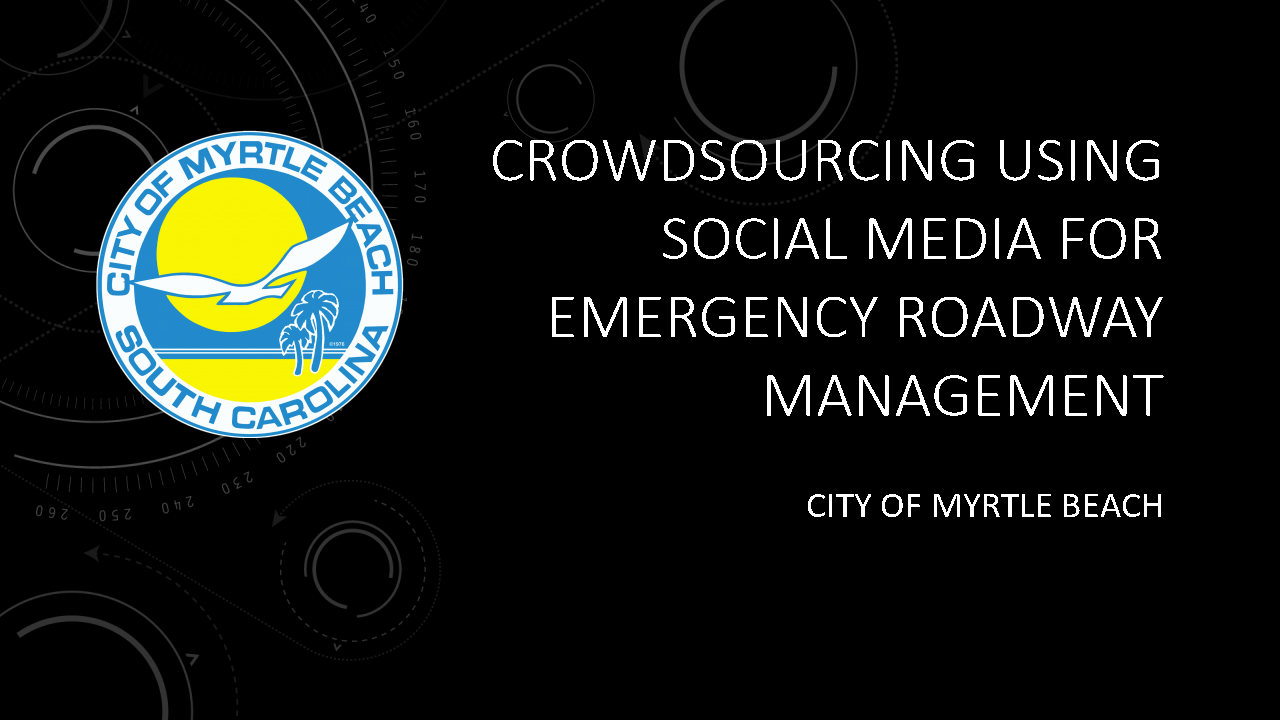 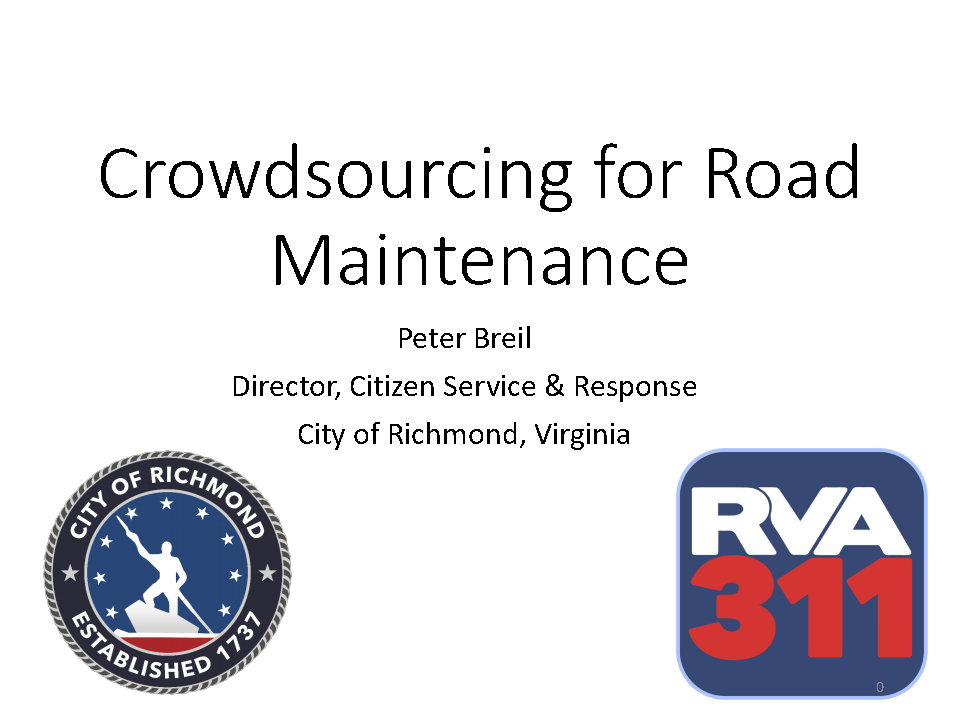 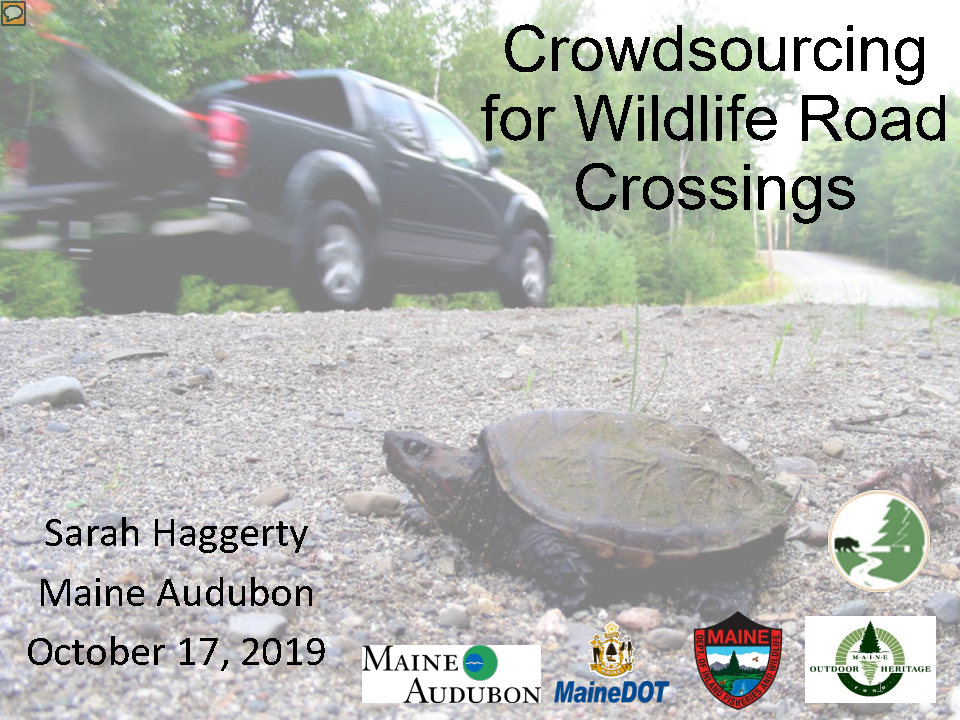 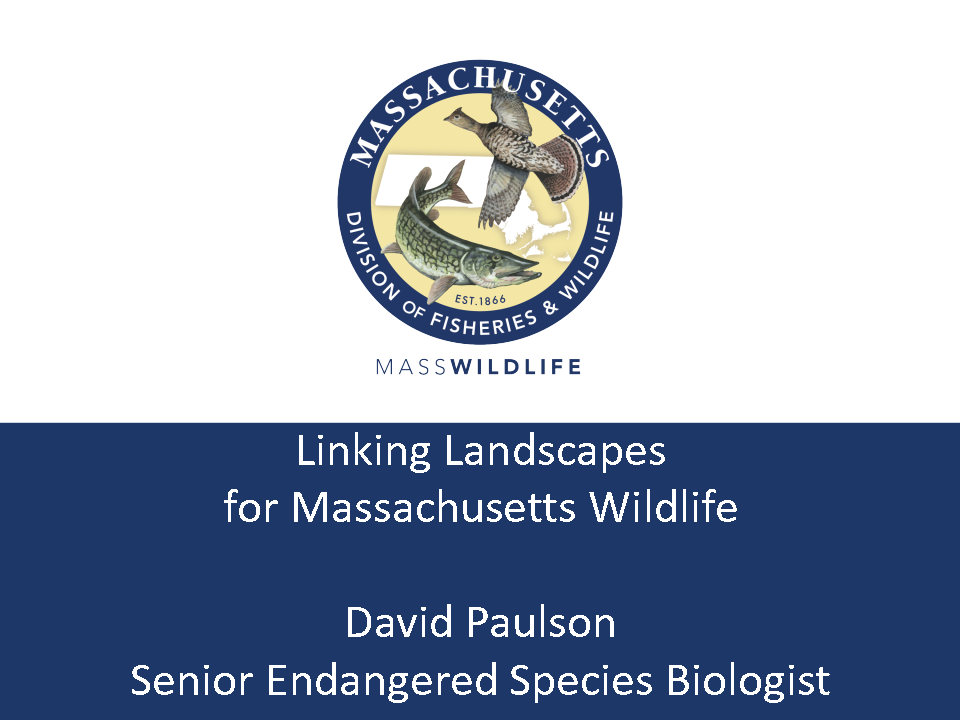