In May 2016 the New Jersey Department of Transportation’s Division of Multimodal Services established the Unmanned Aircraft Systems (UAS) Program as a unit within the Bureau of Aeronautics.  The UAS program coordinator position was created within the Bureau of Aeronautics to lead NJDOT’s UAS initiatives. This position was established to provide leadership, guidance, and coordination for division flight operations. Other responsibilities of the position include ensuring compliance with state and federal aviation regulations, coordinating FAA airspace waivers and authorizations, assisting RFP efforts when contracting consultants, and informing NJDOT of public perception and liability.

In standing up the program, a survey was distributed to all other NJDOT Divisions to identify potential missions that could benefit from the integration of UAS. The 38 survey responses were analyzed and condensed into common mission categories such as structural inspections and construction project management. The missions were also evaluated to determine whether the use case had the potential to improve safety, increase efficiency, save time and save money for their routine operations. A suitable mission profile was developed and risk analysis conducted to create pilot projects for testing. 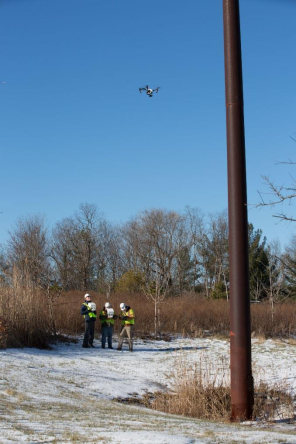 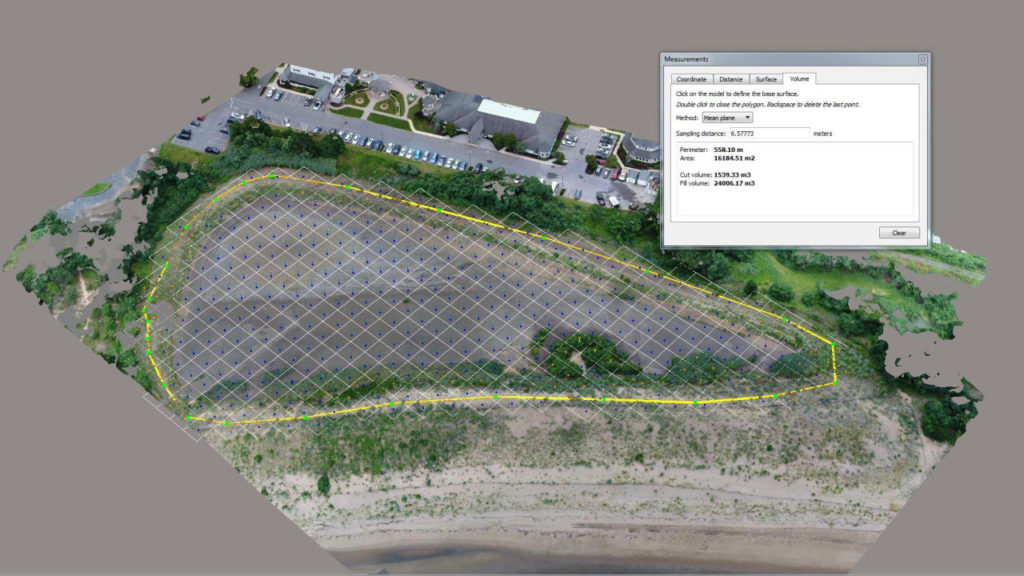 Initially, pilot project flights were conducted in support of structural evaluations, construction project management, traffic management, and watershed evaluations.   Valuable lessons were garnered from these initial pilot projects.  For example, a study of the benefits of using UAS for high-mast light pole inspections (HMLP) was shared with FHWA and a topic covered in NJDOT’s presentation at an invite-only national peer exchange held in Washington DC by the FHWA in 2018.

NJDOT’s UAS Coordinator, Glenn Stott, who had previously organized and hosted an NJDOT Peer Exchange on UAS, was invited to participate in the national peer exchange.  HMLP inspections, Stott observed, could be performed more quickly and less expensively than by traditional means. Cost savings include lost productivity due to the traveling public experiencing congestion issues. One advantage of UAS inspections is that they do not require shutting down a travel lane for a bucket truck to occupy. Furthermore, a UAS inspection only requires a crew of three to complete an inspection: two controllers: one pilot and one engineer, each with a camera and screen, and a third visual observer to monitor the site. Using this method, NJDOT was able to complete six or seven inspections per day compared with one or two using traditional methods, contributing to “significant” cost savings.

Going forward under EDC-5, the goal of the NJDOT UAS Program is the institutionalization of UAS technology and its integration throughout NJDOT operations. NJDOT hopes to leverage recently awarded STIC incentive funding to remove barriers in equipment and training toward advancing several potential use cases, including:

Three years after its establishment, New Jersey’s UAS Program, continues to reach new heights as it discovers how it can effectively work with NJDOT’s divisions and bureaus to improve safety, increase efficiency, save time and save money in routine operations.  The UAS program challenges both the agency’s leaders and staff to adapt to new technologies, seek the training to develop new skills, and find new ways to collaborate to advance innovations in its transportation operations.