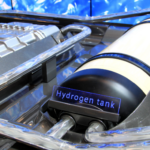 The New Jersey Fuel Cell Task Force is an interdisciplinary board of experts established in 2020 by an act of the State legislature to provide policy and regulatory recommendations to the government and stakeholders relating to the development of fuel cell technology in New Jersey. Within a wider national and state context of decarbonization, the Task Force’s advocacy and expertise for this green technology is intended to assist the State of New Jersey reach climate and pollution commitments, and diversify its energy mix towards the vision established in the 2019 New Jersey Energy Master Plan. Fuel cells chiefly derive energy from chemical processes that combine hydrogen and oxygen to produce water vapor and heat.

We spoke with the Fuel Cell Task Force’s appointed member from the New Jersey Department of Transportation, Jamie DeRose, to learn about the mission and activities of the Task Force, the State’s climate and energy objectives, the current capabilities of the technology, and the future of the fuel cell industry.

Q. Can you tell us about the Fuel Cell Task Force’s principal mission and your role and involvement on behalf of NJDOT?

New Jersey’s Fuel Cell Task Force’s purpose is to inform policy and identify opportunities for New Jersey to realize the benefits of hydrogen fuel cell technology and broadly to help the State reach its principal climate goal of 100 percent clean energy by 2050. As part of this purpose and the wider goal of switching to clean energies, the Task Force is looking to increase the usage of fuel cell technology throughout the State. The Task Force is a resource for the state and local government for recommendations to grow our fuel cell industry. 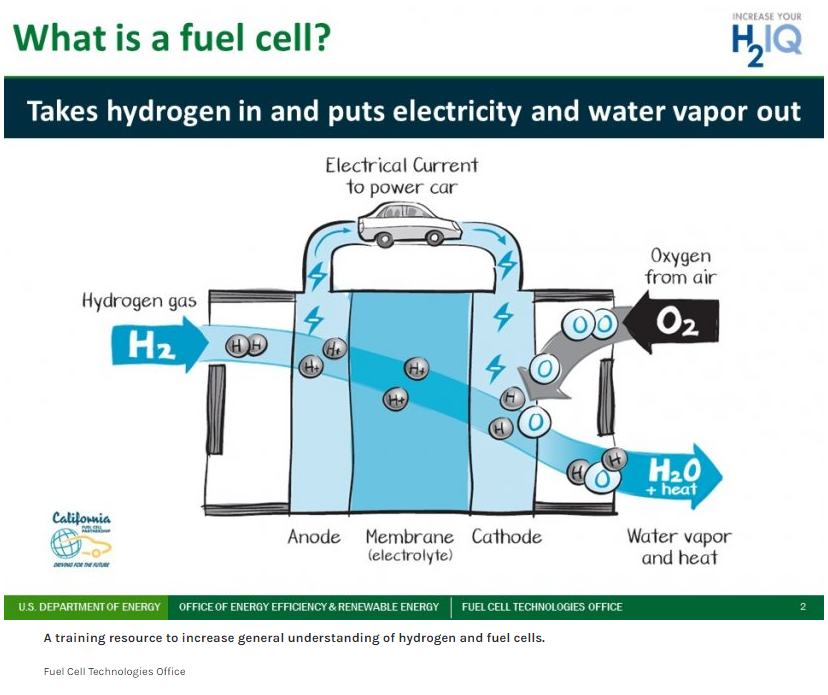 The processes of a hydrogen fuel cell in a vehicle do not emit the same air quality pollutants as traditional fossil fuels like diesel: just vapor and heat. Source: Fuel Cell Technologies Offices, US DoE, https://www.energy.gov/articles/celebrate-hydrogen-and-fuel-cell-day-energy-department

My background at NJDOT is as a travel demand modeler and as an air quality modeler. Much of what my group handles has to do with the Congestion Mitigation and Air Quality (CMAQ) program. Until recently, alternate fuel sources to traditional fossil fuels, such as hydrogen fuel cells, were considered somewhat “exotic” to our purposes, but EVs are becoming increasingly germane to CMAQ (particularly with funding from the State’s side of CMAQ). Fuel cells will play a part in improving air quality on the road. My involvement with the Task Force reflects that aspect of the technology’s potential.

Q. What roles do you feel that hydrogen fuel cells could play in advancing a low-carbon energy mix in the future in New Jersey? In what areas do the natural and/or present advantages of fuel cell technology show the most promise as a green energy source?

The advantages in storage efficiencies and fueling time for hydrogen fuel cell technology prime it to evolve into a cleaner, more convenient source of fuel for transportation and power stations. The chief byproduct of fuel cells is water vapor and heat. Fuel cells’ ability to retain this clean energy without the same level of loss as electric batteries give it a potential role in transportation and freight facilities that is already being realized in New Jersey and the country as a whole. 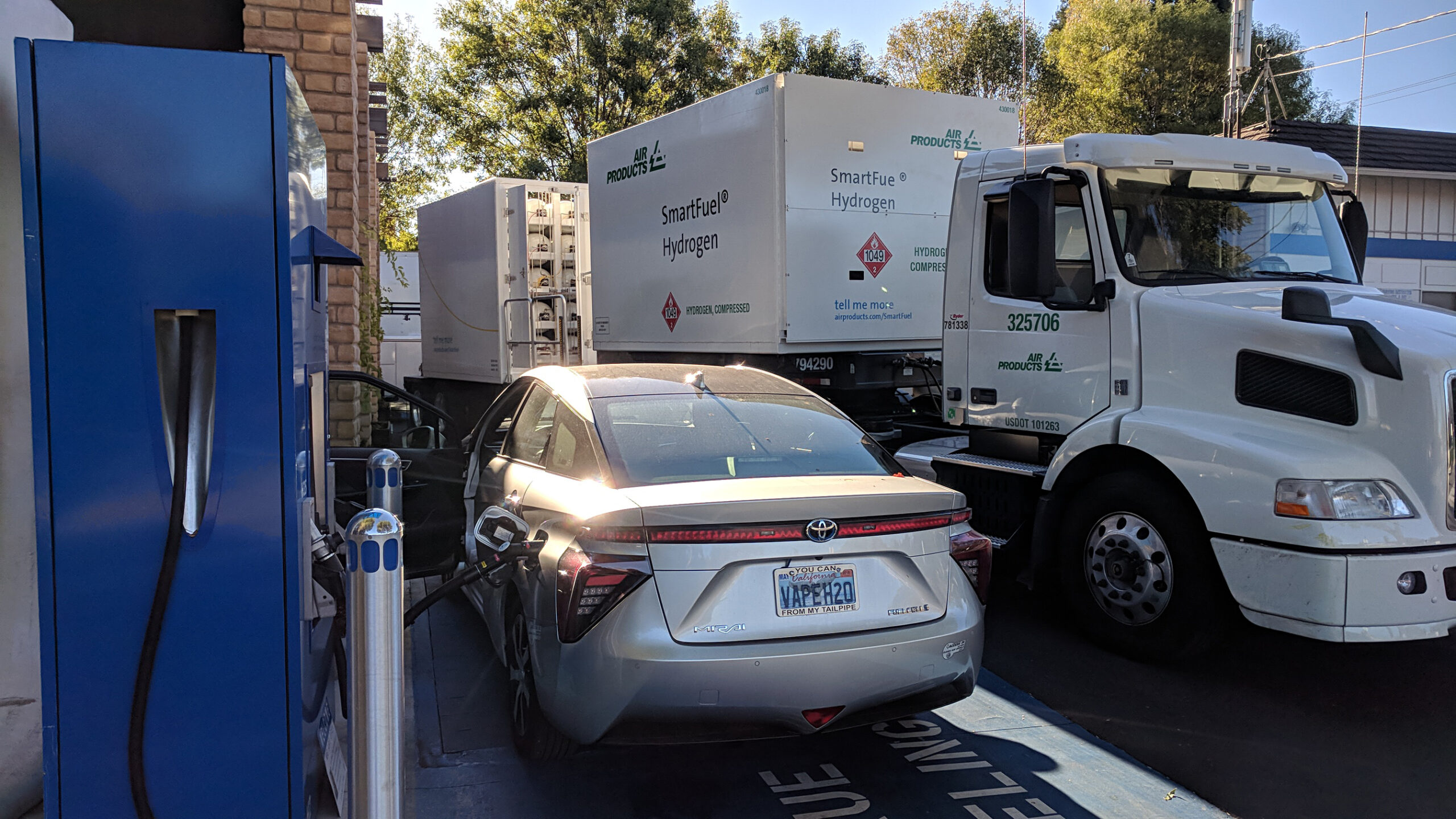 Fueling at hydrogen pumps is generally comparable in terms of time and convenience of fueling at gasoline stations. Source: https://commons.wikimedia.org/wiki/File:Hydrogen_fueling.jpg Dick Lyon, Wikimedia

Q. What is the current status of the Task Force deliberations and development of the main report?

We have been working toward completing a full report on New Jersey’s potential within the fuel cell space. During this process, a consortium has been formed to pursue one of four prospective awards for a federal Regional Clean Hydrogen Hubs program. The scope of the report evolved to support the State’s efforts – as a part of the multistate coalition with New York, Connecticut, and Massachusetts – to attract this part of the Bipartisan Infrastructure Law’s funding for the fuel cell industry. The Task Force decided to take some of the recommendations from the report and distill them into a smaller, interim report to assist the State in preparing materials for this competitive grant application for the regional clean hydrogen hubs program.

There are a number of hydrogen-powered equipment deployments in New Jersey’s warehouses and ports that fill present use-cases for the technology. The 2021 law that formed the Task Force states that NJ agencies should consider fuel cell technology when putting out contracts for items such as generators, portable floodlights, and telecommunications equipment. In general, this greater recognition of the portability of fuel cells is a major development in how the state government approaches the technology, and alternative energy sources more broadly.

An early 2014 showcase from Toyota shows the potential seamlessness of incorporating hydrogen into personal vehicles and this reality is increasingly being actualized. Source: https://commons.wikimedia.org/wiki/File:Toyota_hydrogen_fuel_cell_at_the_2014_New_York_International_Auto_Show_(13956809802).jpg Joseph Brent, Wikimedia

Q. What types of infrastructure can NJDOT develop, or financial and technical assistance can it provide to support the use of fuel cells in New Jersey?

At this stage, the NJ Department of Environmental Protection (NJDEP) and the NJ Board of Public Utilities are leaders among the state agencies in seeking ways to encourage the development of the fuel cell industry in New Jersey. Nonetheless, NJDOT can play an important role through installation of fuel cell pumping stations on its properties and support for acquisition of fuel cell waste-trucks or other heavy equipment that the technology is serving well at the moment.

New Jersey’s Electric Vehicle Act of 2020 mandates that 25 percent of State-owned non-emergency light duty vehicles are to be electric by 2025, moving to 100 percent by the end of 2035. Presently, the thinking is mostly focused on EVs, but NJDOT could incorporate fuel cell vehicles into that vision. The Task Force would certainly like to see this inclusion.

Q.  Within a transportation context, current discourse suggests that hydrogen fuel cells may be more suitable for heavy-duty vehicles such as freight trucks and forklifts than EV, but less suitable for personal automobiles. Would you agree with this assessment of the capabilities of the fuel cell and EV technology?

It increasingly seems that any technology that relies on electric batteries such as EVs could have a fuel cell version. The fueling times for hydrogen fuel cells are comparable to what we are accustomed to at the pump; that is, a 2-3 minute refuel as opposed to a 30-minute refuel for EVs. Even within the present developments for the technologies, fuel cells have filled a niche for larger vehicles such as freight trucks and forklifts, and are arguably the best of all green fuel sources. Fuel cells may eventually become the next generation of transportation energy after EVs. 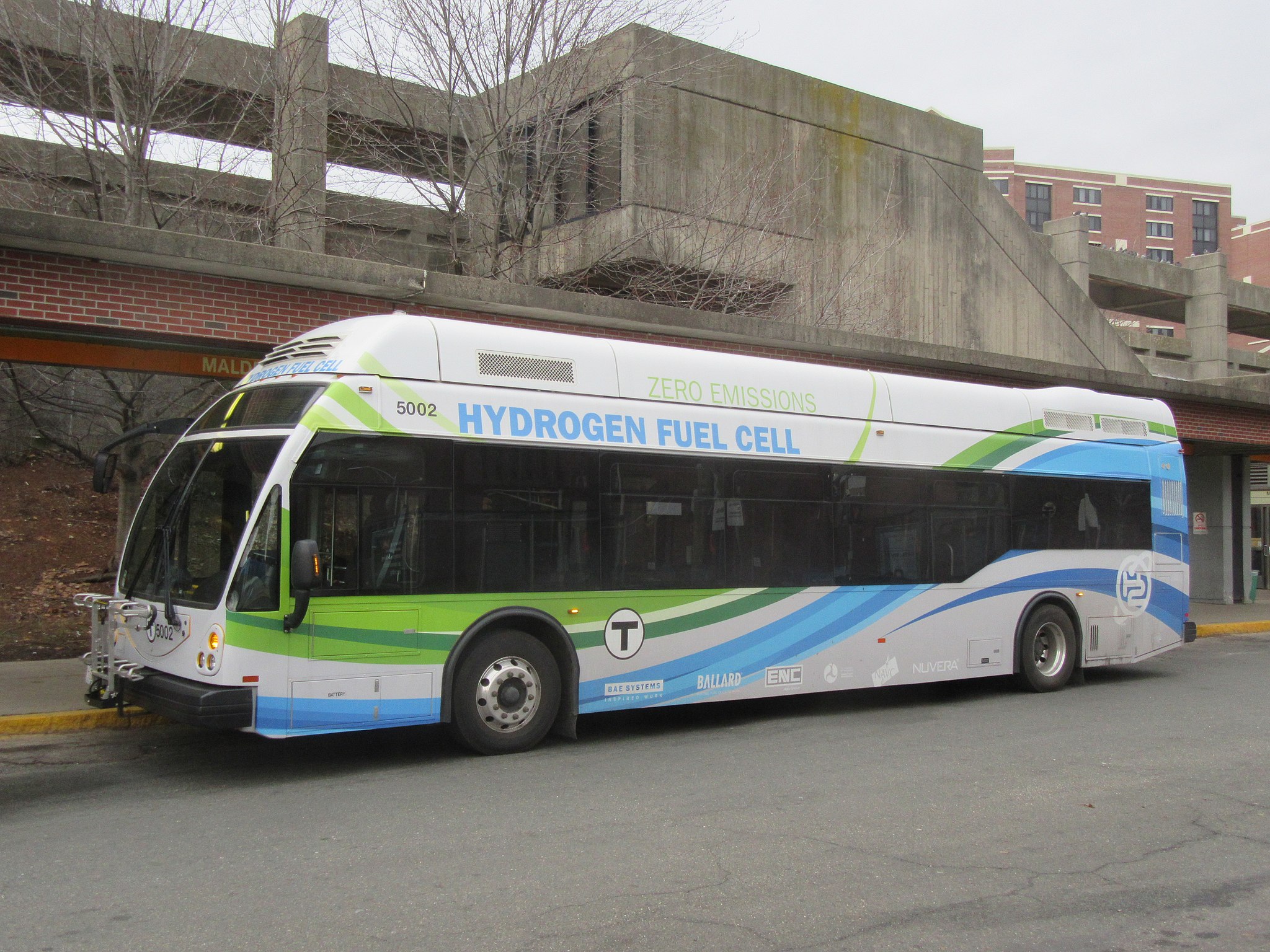 Fuel cell technologies’ current advantages for larger sized vehicles lend itself to buses as well. China is more heavily invested in that application than other nations, but this MBTA bus shows the innovation occurring at home. Source: https://commons.wikimedia.org/wiki/File:MBTA_hydrogen_fuel_cell_bus_at_Malden_Center,_December_2016.jpg Jason Lawrence, Wikimedia

A number of industrial partners, trade groups, and state government officials are involved in the roll out of fuel cell technology, helping to ensure the economic and environmental benefits touch all of society. The environmental justice aspect of what hydrogen fuel cell technology represents has been discussed and is regarded as especially important to the Task Force. Many of New Jersey’s ports and warehouses are located in North Jersey urban areas, and many of those communities are historically disadvantaged environmentally and otherwise. Improvements in air quality from fuel cell sourced equipment, trucks, and forklifts lend themselves well to addressing social justice and social equity in New Jersey.

Q. Are there barriers to deployment with respect to the different use-cases for fuel cells that you would like to highlight?

The absence of refueling infrastructure and stations is a significant barrier to proliferation of fuel cell trucks and personal vehicles. With the technology as it is today, fuel cell freight trucks could reasonably fill their niche with enough supporting physical infrastructure, and overcoming that gap is important to the Task Force. Another barrier is the EV focus of a lot of alternative fuel tax credits; you might get a tax credit from the State for buying an electric car or vehicle but not for a fuel cell one. Including fuel cell vehicles in the incentives for decarbonizing transportation will help remove some of the cost barriers that were removed for EVs by policy.

In addition, certain regulations prevent hydrogen vehicles from traveling in Port Authority of New York and New Jersey tunnels. Such regulations exist in some states but not in others, and it is a barrier that the Task Force has also discussed. According to the vehicle experts, the technology has mostly evolved beyond this concern.

Q. According to the USDoE, “95 percent of the hydrogen produced in the United States is made by natural gas reforming in large central plants”; what does a connection between hydrogen fuel cell production and natural gas mean to NJ Fuel Cell Task Force’s mission of promoting the growth of the fuel cell industry?

The topic of green hydrogen – generally hydrogen produced through a more renewable process known as water electrolysis – has been an interest of the Task Force. The fuel cell industry of the future will likely focus on such cleaner modes of hydrogen production, though these efforts may rest more with the NJDEP or the federal Department of Energy than with NJDOT at this time. Presently, most hydrogen gas is produced from natural gas processes, but the proliferation of more green methods, such as from water electrolysis, is increasingly important to the direction of the industry.  Source: Office of Energy Efficiency and Renewable Energy, US DoE https://www.eia.gov/energyexplained/hydrogen/production-of-hydrogen.php

Q. What initiatives or projects in other states regarding fuel cells is NJ’s Fuel Cell Task Force benchmarking itself against, or looking towards in terms of formulating their own approach?

As with many environmental policies and priorities, California is a leader in the deployment of hydrogen vehicles, stations, and infrastructure. More so than a particular project, we view California’s general success with the deployment of fuel cell technology as a benchmark and make efforts to facilitate a conversation across state lines. The Task Force has spoken with the California Hydrogen Business Council to better understand how advocates for the industry side of the deployment equation are helped by the State’s efforts.