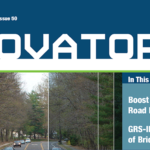 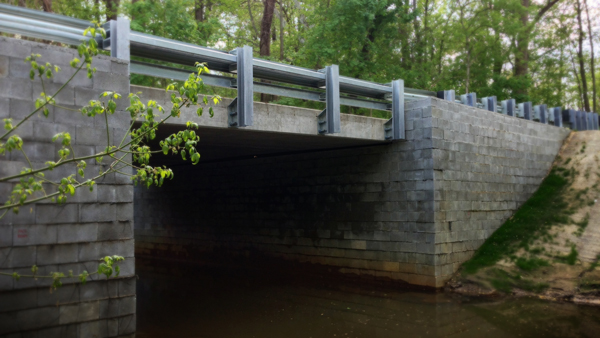 “We had observed the use of innovative bridge construction methods in other states that reduce time,” said Vincent Voltaggio, Gloucester County engineer. “In particular, we wanted to explore the use of GRS-IBS methods for our application.”

GRS-IBS, an Every Day Counts innovation since 2011, is helping meet the nationwide demand for small, single-span bridges by delivering low-cost, durable structures that can be built with commonly available equipment and materials. Instead of using joints, deep foundations, approach slabs or cast-in-place concrete, this project used a prefabricated superstructure supported on GRS-IBS abutments built using layers of geosynthetic reinforcement and compacted fill.

Built in 1925 and rehabilitated in 1940, the Jessup Mill Road Bridge included a reinforced concrete arch culvert and an 84-inch diameter corrugated metal pipe that was beyond repair, requiring a 6-mile detour for the 2,300 travelers who used the bridge each day.

Although GRS-IBS was a new approach in New Jersey, Gloucester County officials chose the technology to minimize the cost and duration of the bridge replacement, which took place from December 2014 to March 2015. Using GRS-IBS cut at least a month—about 25 percent—from the construction timeline, and the experience gained from the county’s first use of the innovation is expected to save even more time on future projects. Using GRS-IBS instead of conventional construction also allowed crews to replace the bridge during winter weather.

The new structure was constructed within the footprint of the old bridge to maintain both vertical and horizontal alignment. The span is 22 feet long and 32 feet wide to accommodate two 11-foot lanes and 5-foot shoulders. 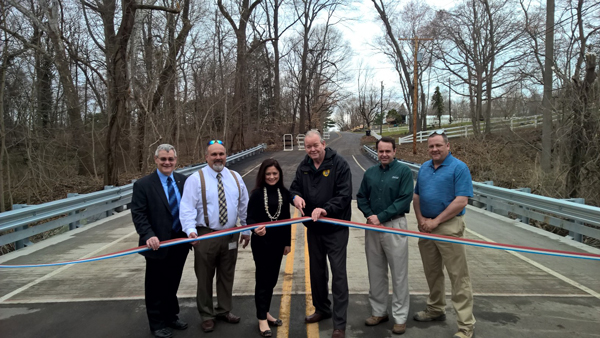 The new bridge used a prefabricated superstructure consisting of prestressed concrete beams and a composite reinforced concrete deck supported on a GRS-IBS structure. The U-shaped GRS abutments and wing walls kept the new bridge within the right-of-way limits.

“This bridge has been completely replaced and is modern and safe,” said Robert Damminger, director of the Gloucester County Board of Freeholders. “We appreciate the patience of those that have been affected by this bridge closure, but now we can all be confident this bridge will not be a danger to our motorists or the community.”

Joseph Spadea is a senior engineer and project manager for Pennoni Associates Inc. in Newark, Delaware.